Albert came to see me today, his wife Bella had just moved into a residential nursing home as she had been diagnosed with Alzheimer’s disease.What could he do, he asked me?

I asked him whether Bella had signed a power of attorney, and if not what state she was currently in. He said that she had no idea who she was, and barely recognised him any more. She sometimes recognised her son, Charlie, but she often thought he was her husband. As for a power of attorney, they had thought about doing one a few years ago, but the forms were complicated and they didn’t know how to fill them in, so they just left them.

Unfortunately the home was already making decisions for Bella which Albert wasn’t sure about.

I explained to him that unfortunately they best way forward was for him to apply to become Bella’s deputy. This would then give him the legal authority to manage her affairs. I explained the costs to him and he was shocked.

I talked through the benefits of preparing and registering a Lasting Power of Attorney for him. This would let him choose who he wanted to act as his attorneys and how they could act. They would be able to take the decisions for him if he also lost capacity, i.e. the ability to make up his own mind.We also talked about the costs. These were a fraction of the costs involved with applying to become a Deputy for his wife.

Albert asked me to prepare these Lasting Powers of Attorney for him, and went away wishing he had asked me to help with his wife earlier. Her dementia meant that she could no longer make her own decisions and needed a lot of help. Once he is appointed Deputy for her he will be able to help her legally and speak for her, as well as making financial decisions for her.

This story, and the names of the clients has been changed, is repeated so often. On World Alzheimer’s day, spread to word to make sure that all your affairs are in order before it’s too late.

For advice on any of these issues please contact Charles Fraser in our Private Client team. 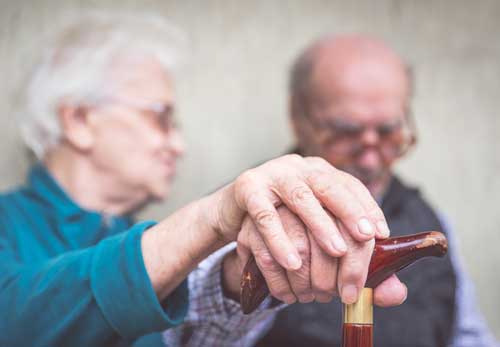