Home / Commercial Property / Is the writing on the wall for prescriptive easements?

Is the writing on the wall for prescriptive easements?

Most landowners will be familiar with prescriptive easements, even if not with the terminology which describes rights which third parties acquire over land through long use of it. For instance, if A walks across B’s field regularly for 20 years then A will acquire a right of way over that field by operation of law, even though B has never granted that right of way to him.

There are some rules about acquiring an easement in this way, principally that A’s use of B’s land must be‘nec vi, nec clam and nec precario’, translated for us mortals as ‘without force, without secrecy and without permission’.

But is the writing now on the wall for this arcane legal mechanism? Well, in the recent case of Winterburn v Bennet [2015] it literally was. In that case the customers and suppliers of a fish and chip shop had parked on an adjacent car park belonging to a conservative club for more than 20 years. Their use of the car park was open and they had never been given permission. The fish and chip shop owners applied to the Land Registry to register rights of access and rights of parking over the car park by prescription. But the conservative club pointed to two signs in the car park, clearly visible, stating that it was private and for the sole use of club members.

The case went before the Upper Tribunal at which the judge held that the signs rendered the use of the car park by non-club members contentious. Consequently, the judge reasoned, the use could not be said to be without force – a vital ingredient for the acquisition of these rights. So the prescriptive easement claim failed.

The moral of the story is clear. Landowners whose land may be susceptible to third party rights being acquired in this way would be well advised to place signs at appropriate positions on their land declaring that the land is private and any use of it is unauthorised. It seems that in most cases such signs will defeat any new prescriptive easements from being acquired. However, they won’t affect those cases where the third party has already used the land for 20 years before the signs go up. And permission has been granted to appeal to the Court of Appeal, so perhaps the trip to the sign writers should wait until the appeal is heard. 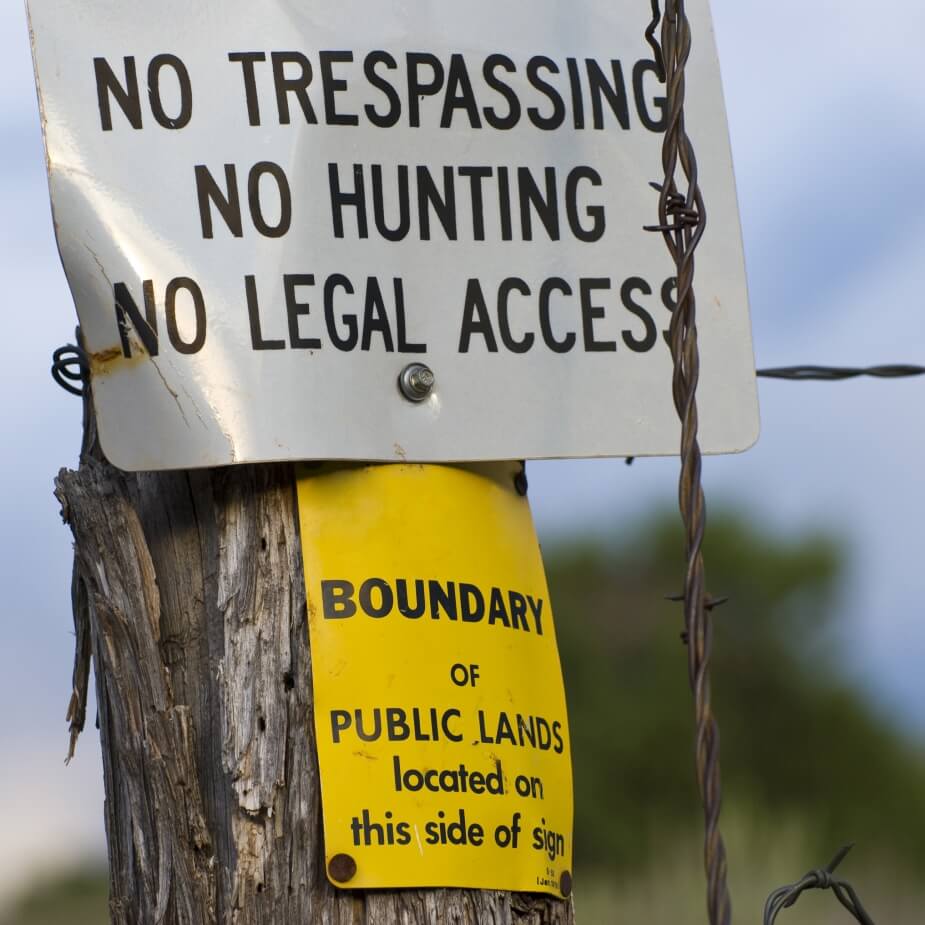