A recurring issue for landlords renting residential properties to multiple unrelated tenants is what happens when one tenant wants to leave but the rest want to stay?

A common solution is to allow the remaining tenants to find a replacement tenant, which saves the landlord effort and (hopefully) ensures that the new tenant is a good fit with the existing renters.

While this might seem like a simple solution, the reality is that it can put landlords at risk as a recent court case showed.

A risk to landlords can arise if the legal relationship between them and their tenants is left ambiguous by any turnover of tenants over time. In particular, the issue of deposits is one where landlords need to be especially wary.

Many landlords make the mistake of allowing an incoming tenant to pay their deposit to the outgoing tenant directly. This might seem straightforward, but in fact it creates a serious legal risk for the landlord.

Under the Housing Act 2004, where a landlord takes a deposit from a tenant or tenants, they have a legal duty to place that deposit into an approved Tenancy Deposit Protection (TDP) scheme within 30 days of receiving it. Failure to do so can leave the landlord open to legal action from their tenants.

If a landlord is found to have breached the requirement to protect tenants’ deposits, they can find themselves forced to pay the affected tenants compensation equal to up to three times the value of the deposit.

Landlords may think that, if they have not received the deposit directly from a new tenant, then they are under no obligation to place it into a TDP scheme. However, in a recent court case, it was affirmed that where an incoming tenant pays their deposit to an outgoing tenant, this must be treated as having been paid to the landlord.

Landlord Richard Boddy was recently the subject of a claim by two former occupants of a three-bedroom flat he owned in London. Mr Boddy was originally granted an Assured Shorthold Tenancy to four joint tenants in 2004 with the agreement that the tenants could find their own replacements if any of them chose to leave.

Mr Boddy took a deposit from the original tenants but did not place the deposit into a Tenancy Deposit Protection scheme as this was not a legal requirement at the time. When new tenants moved in, they paid their deposit directly to the outgoing tenant and at no point did Mr Boddy place the deposits into a TDP scheme as he believed this was not required under the circumstances.

By March 2020, none of the original tenants remained in the flat and two occupants who had recently left the flat decided to make a claim against Mr Boddy for failure to protect their deposits.

Mr Boddy defended the claim on the basis that:

While the initial court that heard the case ruled in Mr Boddy’s favour, this judgement was overturned on appeal and the landlord was ultimately held liable for a substantial amount in compensation.

This perfectly illustrates the dangers of having informal arrangements with the occupiers of a residential property, especially when it comes to their deposits.

How to avoid deposit disputes due to tenant turnover

For landlords, you firstly need to make sure that your clearly define the legal relationship with your tenants. If your existing renters have an assured shorthold tenancy, you will need to either:

Entering into a new tenancy agreement is generally the safest option, although it will mean having to grant the new grouping of tenants a minimum tenancy period. Going down the licence to occupy route can give you more flexibility as a landlord, but they are complicated arrangements that can have unintended consequences if you are not careful.

To avoid disputes over the deposit, it is safest to take a deposit individually from each tenant. This means that, when a tenant leaves, their deposit can be returned and a deposit taken from the new tenant without impacting the remaining tenants or creating a legal risk.

If you collect the whole deposit from a single person who is acting as the lead tenant, then you will need to return the entire deposit and collect it anew to avoid any ambiguity.

Longmores view on the risk of tenant churn for landlords

This case demonstrates that it is very important for landlords to comply with the strict requirements under the Housing Act 2004 and subsequent legislation such as the Deregulation Act 2015 in order to avoid potential liability for damages for non-compliance. Failure to comply may also lead to difficulties in obtaining possession of the property so it is important to comply from the outset.

Speak to our Residential Property team for landlord-tenant advice

To discuss the legal side of the landlord-tenant relationship with our Residential Property team, please get in touch. 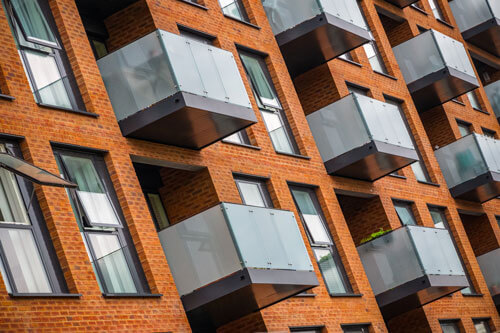