Are the UK’s Unloved Shopping Centres Ripe for Redevelopment?

The shift to online shopping was placing a growing strain on bricks and mortar retailers even before the pandemic hit and most of them were forced to shut their doors during lockdown. Shopping centres have been hit particularly badly, with higher than average vacancy rates and an increasing number reaching the point where they are likely to be no longer commercially viable.

While this change in consumer habits and demand for retail space may seem like bad news for investors, it does present a potential opportunity for redevelopment that could be very lucrative with the right strategy.

For developers and investors interested in shopping centre redevelopment, it is important to understand the scale of the issue, the potential opportunities and the barriers that will need to be overcome.

How serious is the problem faced by UK shopping centres?

Nearly 70 of the UK’s indoor shopping centres are under threat according to a report in The Guardian, based on data from the Local Data Company.

This is part of a wider trend of growing vacancy rates across the retail sector, with 13.7% of all shops being empty in the last three months of 2020, up from 13.2% in the previous three months according to a report in Retail Gazette. Shopping centres were even worse affected, with the average vacancy rate surging to 17.1% up from 16.3% for the same time frame.

Stephen Springham, head of retail research at property advisory firm Knight Frank, estimates that around 10% of shopping centres are no longer commercially viable, which tallies with the figures from the Local Data Company.

Mr Springham also suggests that a further 20-30% of shopping centre will need to repurpose at least some of their retail space for homes, offices or other uses to remain viable.

If this analysis is correct, it would indicate that almost 300 of the UK’s indoor shopping centres will need either partial or total redevelopment.

What are the opportunities for shopping centre redevelopment?

Most shopping centre redevelopment plans will likely be based around mixed use schemes, incorporating some combination of residential, office space and retail units. Exactly what shape any redevelopment may take will depend on the situation, including how high the vacancy rate is, how lucrative the remaining tenants are and what sort of scheme is most likely to be approved by local planners.

Where a shopping centre has very low occupancy rates, the most attractive redevelopment option may be complete demolition. This can provide a blank slate for development which can potentially offer the highest returns for developers and investors.

Where a shopping centre still has a reasonable occupancy rate and has the prospect of remaining profitable with some light redevelopment, it may be a case of partial demolition or simply redeveloping existing space within the centre for new use. This type of scheme may be easier to secure approval for and faster to implement, but the likely returns may be lower than a complete redevelopment.

What barriers are there to redeveloping shopping centres?

The first and most obvious hurdle that needs to be overcome would be planning consent for any redevelopment to take place. This can take a long time and there are likely to be significant conditions imposed, such as those around affordable housing and any percentage of retail space that must be retained.

The second issue that must be considered is how much demand there is for office space or residential units in an area. High vacancy rates in a shopping centre can sometimes be an indication that an area is in decline more generally, so there may be limited demand for other types of property in the area that could impact the viability of a redevelopment.

If the intention is to partially redevelop a site, a third potential problem can arise around which units are vacant and which are occupied. Whether the vacant units are the most suitable for redevelopment and the possibility of any current occupants moving to different units would need to be explored at an early stage.

Finally and most critically, the overall value of the redevelopment needs to be sufficient to make the project worthwhile. Retail real estate often carries a significantly higher value than other types of property, so it is important to be realistic about the value that can be achieved when assessing whether a particular scheme is worth considering.

Built in the early 1980s, the Bircherley Green Shopping Centre in Hertford has been earmarked for redevelopment since at least 2014.

The initial proposals were driven by the need for an anchor tenant to take some of the retail space. The plans were poorly received and the then key tenant, Waitrose, chose to relocate, leading to the plans being reviewed and re-evaluated.

New plans for the centre were first unveiled in 2016 and then revised by the developer, Wrenbridge, in 2017. The scheme proposed changes to the bus station and car park and to build 13 new shops, a hotel, 70 flats, and to landscape the riverside.

Planning was granted and demolition began in August 2018. However, work soon came to a halt and further revised plans were submitted by the developer, reducing the residential space and increasing the office space.

These changes were refused planning and Wrenbridge submitted further changes, before the developer and the site’s owner, Diageo Pension Trust Ltd, cancelled their development plans for the centre in June 2019.

In a statement on Twitter, Wrenbridge explained their decision to withdraw from the redevelopment:

“Pressures on the retail and construction markets, combined with local planning conditions, have made the Bircherley Green regeneration the most challenging project we have been involved with.”

“Based on the current plans, the cost of redeveloping the site will be significantly higher than the value of the completed scheme. No business could deliver a project of this scale at a loss and that is the stark choice faced by the Fund. It was on this basis that they took the decision to withdraw the recent Phase 2 planning application.”

Diageo Pension Trust Ltd subsequently sold the site to Chase New Homes Ltd who submitted a new planning application in February 2020. These new plans still include a mix of commercial space, a hotel and residential apartments but the residential element has increased in size.

Planning for the new scheme was granted in June 2020, but the plans were dealt a blow in September 2020 when Premier Inn (who had been due to occupy the hotel) withdrew from the project. It is believed the impact of the COVID-19 pandemic was a factor in this decision.

Nevertheless, work has continued on the project with demolition work being carried out in the North West part of the site in December and January 2021.

The experience of Bircherley Green shows how difficult it is for all stakeholders to get the balance right in a shopping centre redevelopment – and that was before the impact of COVID-19 on the retail and office sectors.

It will be interesting to see how, and the extent to which, shopping centres and town centres generally may need to re-purpose space in the future to create community hubs and move away from traditional retail and office tenants.

To discuss the legal side of a property development with our Commercial Property team, please get in touch. 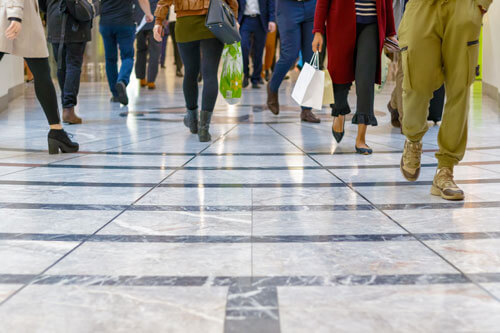