Keep up to date with our response to Coronavirus.
Home / Company Commercial / What Are a Director’s Duties to a Company?

What Are a Director’s Duties to a Company?

The duties being discussed in this article concern directors’ general duties and the company of which they are a director. There are numerous additional specific duties of directors contained throughout the Companies Act 2006, such as the duty to deliver accounts to Companies House.  Other pieces of legislation also impose specific duties on directors, such as in relation to health and safety and environmental protection.

What are the general duties owed by a director to the company?

In light of the COVID-19 pandemic, boards should be aware that a director who  (being an employee) is furloughed is not thereby relieved of their above general duties.

Each of these duties is a fiduciary duty, other than the duty to exercise reasonable care, skill and diligence.

What is meant by the term ‘fiduciary duty’ of a director?

Directors are in a fiduciary position towards their company. The distinction between fiduciary duties and duties derived from other sources is significant in terms of the consequences of infringement, as a breach of fiduciary duty may lead to restitutionary or restorative remedies rather than remedies that are essentially compensatory.

Directors’ fiduciary duties are linked to their position as ‘stewards’ of the company’s property and affairs.

The courts have provided the following guidance on the responsibilities of a fiduciary:

“A fiduciary is someone who has undertaken to act for or on behalf of another in a particular matter in circumstances which give rise to a relationship of trust and confidence . The distinguishing obligation of a fiduciary is the obligation of loyalty . The principal is entitled to the single-minded loyalty of his fiduciary . A fiduciary must act in good faith ; he must not make a profit out of his trust ; he must not place himself in a position where his duty and his interest may conflict ; he may not act for his own benefit or the benefit of a third person without the informed consent of his principal .”

To whom does a director owe duties?

In general, a director owes his duties only to the company and does not, by virtue of being a director, owe any direct duty to either the company’s members or to its creditors.

When do a director’s duties come to an end?

In general, a director’s duties to the company come to an end when they cease to hold office, but there are two exceptions to this general position.   The first is that a person who ceases to be a director continues to be subject to the duty to avoid conflicts of interest as regards the exploitation of any property, information or opportunity of which he or she became aware while a director.  The second, is that a director remains liable not to accept benefits from third parties as regards things done or omitted to be done by him or her before ceasing to be a director . A director who is induced to act in a particular way while in office cannot then resign in order to take a benefit which was promised to him or her to induce him to act in that way.

What are the best practice guidelines for ensuring that directors are aware of their duties?

All companies should take steps to ensure that directors are aware of their duties.  This can be done in all or some of the following ways:

If you would like to discuss any matters regarding director’s duties, please get in touch with Michael Budd, Partner and Head of Company Commercial. 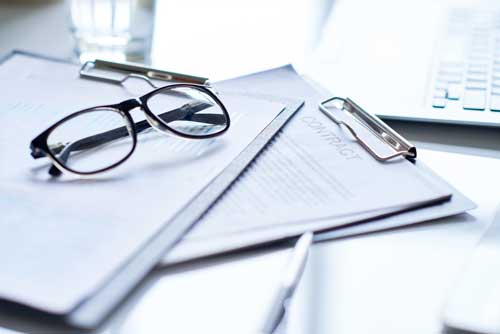