Keep up to date with our response to Coronavirus.
Home / Operations / Golfers raise £1,555 for charity

On 2nd May 2019 the Longmores Charitable Foundation hosted a golf day at Mill Green Golf club and raised £1,555.

The overall winners of the Texas Scramble were the team from Fusion with Dave Roberts, Tom Doughty, Graham Brougham and Sanjay Bhasin taking home the trophy and champagne.  Second place was secured by the SWCO team and Barclays took third place.

The Putting Challenge was won by Sam Hudson from Meyer Williams.  Nearest the Pin was won by Henry Wanchoo from Wilkins Kennedy and the Longest Drive was made by Dave Roberts from Fusion.

Thank you to Dave Brown for his help briefing the golfers and overseeing the putting challenge again this year.

Richard Horwood who is a trustee of the Foundation said “thank you to everybody for their generous support towards our charitable fundraising and a great day of golf and networking”.

The Longmores Charitable Foundation is a grant giving organisation that fundraises to support smaller charities around Hertfordshire.  Click here to find out more about the Foundation and how to apply for a grant. 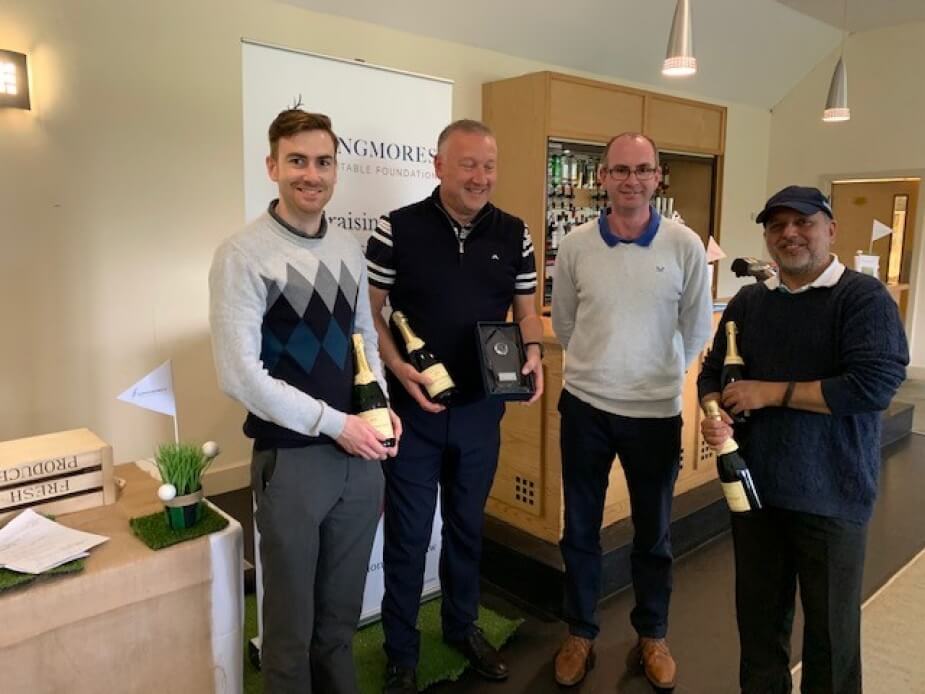